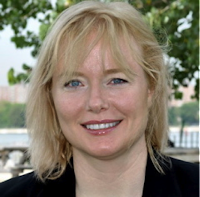 The following is a guest posting by my colleague and friend Robin Rogers, associate professor of sociology at Queens College and the Graduate Center at the City University of New York (CUNY). She is the author of “Why Philanthro-policymaking Matters” in The Politics of Philanthrocapitalism, Society 2011, The Welfare Experiments: Politics and Policy Evaluation (Stanford University Press, 2004) and numerous articles on politics and social policy. Rogers served as a Congressional Fellow on Women and Public Policy during welfare reform, as a Robert Wood Johnson Health Policy Scholar at Yale University, was a visiting fellow at Princeton University. She is writing a book on philanthro-policymaking, Billionaire Philanthropy. This is the first of two posts in a mini-series on the Education Optimists.

The word “policy” makes us think of politicians and bureaucrats. But what happens when powerful policy-makers aren’t elected or appointed? Today, billionaires are shaping education policy in the United States. Buying political influence—-even legally—-feels dirty, so let me try again:

Philanthropists are saving our schools!

See what happened when I replaced “political influence” with “philanthropy”?

The super wealthy—I’m talking about the .01, not the measly 1%—have more influence in American politics than the 99% because they can donate huge sums of money to political campaigns and fund Congressional lobbyists. But their power extends beyond these well-publicized campaign contributions. With the economic crisis, the government is broken and broke, leaving a vacuum for the very rich to become more directly involved with the formation and implementation of social policy.

For years, the connection between philanthropy and policy-making has flown under the radar, but last week, the New York Times published “Policy-Making Billionaires” by political reporter Nicholas Confessore. I’m surprised it took so long for an article on billionaire policymaking to hit the newsstands. The Occupy Movement focused public attention on inequality and the concentration of wealth and power, yet we rarely talk about elite, strategic philanthropy, which Mathew Bishop calls philanthro-capitalism and Chrystia Freeland calls plutocracy. Michael Edwards has argued that philanthro-capitalism erodes civil society. I have written about the rise of philanthro-policymaking. But still, the rise of co-ordinated and strategic philanthropy by the very wealthy hasn’t been covered by the media.

Very, very wealthy men—-Diane Ravitch calls them the Billionaires Boys Club-- are setting policy. Ravitch’s “Boys Club” moniker has a literal counterpart in the form of the mysterious "The Good Club," a small group of billionaires led by Warren Buffett and Bill Gates that meets with the specific intention of setting the global social agenda. To be fair, it is not only a boys club; reportedly, Oprah is a member, so it’s The Billionaire Boys Club and Oprah.

Education policy is where mega-philanthropists are making the most significant inroads in the United States. In New York, billionaire Mayor Michael Bloomberg and billionaire philanthropist George Soros put up $30 million each for the Young Men’s Initiative, and then the City of New York matched these contributions. The goal of the Young Men’s Initiative is to improve the health, education, and employment of young black and Latino men in New York so they don’t end up in prison. No argument here: that’s a great goal. But $60 million in matching funds? Is this just extra cash the city had on hand? No. It came at the exclusion of other policy priorities. Is the Young Men’s Initiative a better use of taxpayer dollars than other programs would have been? Maybe. Did the philanthropic agenda of Bloomberg and Soros set social policy in New York? Absolutely.

There is no sign of this trend slowing down. In Screw Business as Usual, Virgin Atlantic founder Richard Branson argues for more elite policy-making power – you guessed it, in the form of “doing good.”

Yesterday, Twitter was buzzing with the news that the Gates Foundation had given a grant to ALEC to, essentially, influence state budget making -- where the rubber hits the road in education policy. I heard some debate over whether this constituted a Republican takeover of the state budget process, a Gates Foundation takeover of ALEC or both. No one suggested it was a victory for democracy. Kristen McQueary recently wrote about the scandal erupting over Stand for Children’s founder Jonah Edelman’s rant last summer in Aspen. Edelman was pretty explicit about the group’s power in the legislative process. Shhhh, Jonah! To paraphrase the movie Fight Club, the first rule of philanthropolicymaking is never speak of philanthropolicymaking.

One troubling example hits at the heart of public education. Last year, Facebook CEO Mark Zuckerberg appeared on Oprah to give the city of Newark, NJ 100 million dollars. Governor Chris Christie and Mayor Cory Booker were there, too. Big photo op – and nice photo. Then it got messy. Zuckerberg formed a foundation, Startup: Education, intended to parcel out grants to schools that matched funds with the grant and fit the foundation’s priorities. Months after the Oprah announcement, the ACLU filed a lawsuit against the city of Newark for denying access to communications between Booker and Zuckerberg. Booker claimed that communications between him and Zuckerberg regarding the grant were personal; that he wasn’t acting as Mayor, and thus the information was private. Zuckerberg later said the money was actually for developing leaders, like Booker. Now, according to New Jersey officials, the plan is to use the money to “experiment” with education policy and find “what works” and then replicate the best programs with public money.

The idea of using policy experiments to learn what works sounds great, but the reality is more complicated. In The Welfare Experiments: Politics and Policy Evaluation, I showed that policy experiments led to the 1996 welfare reform by changing institutional structures, building networks of people in support of reform, and making the idea of time limited welfare publicly acceptable. It had nothing to do with the research findings on the programs. The role of experimental programs in education reform is complicated – and the focus of Billionaire Education Policy, Part 2 (the next installment of this post, coming next Monday on the Education Optimists). For now, I’ll say that I am skeptical of claims, such as the one Confessore suggests, that “Whatever proves most effective [in the experiments] can then be rolled out on a larger scale…” Policy experiments don’t work that way.

All over the country, variations of the New York and New Jersey story are playing out: Philanthropists give money to resource-starved school systems, and in return, they reserve the right to effectively set education policy. Consultants and for profit programs present a potential conflict of interest by creating cash cows. Booker‘s claim that he was acting as a private citizen—and the fact that Zuckerberg’s money was just a pledge, not a guarantee of funding—raises questions. What is private and what is public? Is anyone accountable for what happens to this money? Do we need more transparency for private donations?

I feel crass in suggesting that we probe philanthropic giving with the same critical eye we cast on political money and business profits. And yet, the very nature of philanthropic giving has significantly changed in recent years. A handful of wealthy individuals and families control a large amount of this country’s wealth, and their “philanthropy” is beginning to feel more like governance.